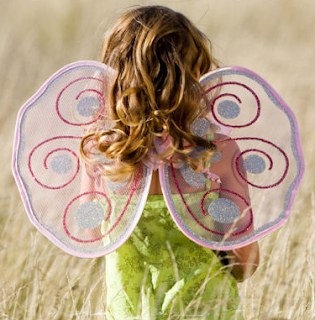 Before I started doing this work I used to just know things about people, my head was like a train station and I dreamed things that happened and had deja vu experiences.

I lived across the road from a lady that sometimes used to look at me strangely and one day she revealed that she was psychic. Quite psychic in fact. Really telepathic and as she started to share more of her insights with me I to...ld her I would love to know how to do all that stuff. She looked at me really strangely and said "Don't you know you are psychic?" I said No of course I didn't, because I wasn't and she sent me home to write down all the things that I just knew.
Once I sat down, I wrote for an hour and a half. I had a pile of little bits of paper and had remembered some of my childhood that had been blocked from my near death experience with encephalitis. I saw all sorts of things as a child and had been told I had a big imagination. It was true, my imaging faculty was keenly developed. I saw people fighting other people and dying, I saw all sorts of things. Too much for a young person to handle. I used to beg my mother to tell me there was no such thing as ghosts at night because thats when they came. Eventually for my own self preservation I expect, that side of me was shut down and almost wrapped away in some kind of foggy blanket for review at a later date.
So for some lady to tell me I was psychic at 38 years old, it came as a revelation. I was literally the last person to know, as I had predicted several things that came to be for people and promptly forgotten all about them. The information isn't mine, so it doesn't necessarily stay with me.
These days I just know things about people, my head is like a train station and I dream things that happen and have deja vu experiences amongst other things - however, now I know what it is, it's a gift in my life and in conjunction with my life lessons and other spiritual experiences learned so far it's the fabric of who I am.
Who are you? Do you know?
More importantly - do you remember?
Posted by deb wharfe at 10:25 PM