Trade in your Tale of Woe for a Tale of WOW! 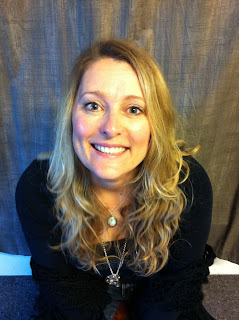 Trade in your tale of woe for a tale of WOW.


Woe has no place in WOW.


Woe drags everything with it and it feels  H E A V Y. It can be exacerbated by a whole lot of well meaning people worrying about you. They are feeding you an energy, but it’s not an empowering, healthy energy, it’s a ‘we believe your life is hard too’ energy. A ‘maybe you can’t make it’ energy. What you dwell on is what you dwell in and when you have a group of people dwelling on it with you – it’s powerful, heavy and S T I C K Y like mud. Practice shaking it off your shoes so you don’t leave it on the carpet everywhere you go, and you can walk freely. Because Woe hurts when you wear it.


It gets tangled round your legs.


It hurts when you hold it. When you re-tell it, you sit in the energy of it. It sometimes turns people against you when you can’t or don’t let it go.


They often get over it long before you do. And that can make more woe when you don’t understand why you are lonely.


So many people are telling tales of Woe while saying they want the WOW to show up in their lives.


Wow doesn’t show up, WOW is already all around you.


Woe is the Doormat and Wow is the Magic Carpet. It’s in the sky, the trees, the fragrance of flowers, in the dew on the grass in the mornings, in birdsong.


It’s in the smiles on people’s faces. Wow is the miracle of kindness, upliftment, love and peaceful spaces. It’s in the transition of caterpillar to chrysalis to butterfly on the wing.


Exhilaration, Joy and Awesome Wonder are in Wow.


Wow is a privilege, not a right, wow is to be given thanks for. Wow deserves the Welcome Mat.


It’s in friendship, laughter, fresh air, it’s in the sea, in the wind and in the hearts of people the whole world over.


Wow doesn’t have to show up.


Wow is checking it’s watch to see when YOU are going to show up.


Check your Platform. If you are not experiencing Wow at least once a day – you might be on the wrong Platform and you may have been riding the wrong train of thought.


Appreciation Station is the first stop for the Wow Train. Because when you give thanks – the Wow multiplies. If you are experiencing Wow once a day – good on you, see what else you can string together with it. Hop on the peace train - make some love beads, accentuate the positive and eliminate the negative, latch on to the affirmative and... what’s that you’re not supposed to mess with?


Just like the chicken or the egg – we are not exactly sure which comes first. But one thing I know is that just like the old saying ‘seeing is believing’ - believing is also seeing.


If you’re not experiencing Wow - check your eyesight and flip your gratitude switch on.


Wow = The Way of Wonder, and it’s a wonderful way to be.


If you need a hand shaking out your Doormat – give me a yell.


I know a few things about that.