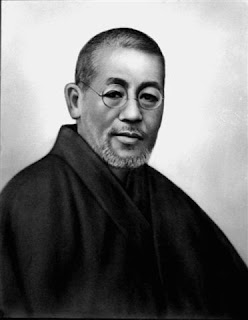 I believe in miracles…

Vicky Jennings didn’t know a miracle was to occur in her life at the beginning of this year. What she did know was that she had had a run of bad luck. She had to sell her property because power lines were being put through it, she was made redundant and then she had a motorcycle accident. With several injuries including severe lower back pain, the accident left her unable to walk for any period of time.
Back problems are one of the most reported health issues in our country. Each year they cost ACC $350 million dollars and constitute 35% of work related payouts.
Diagnosed with compressed vertebrae, which doctors were unable to treat, twelve weeks of painkillers were prescribed to Vicky. Prior to the accident, and after seeing it many times, she picked up a business card advertising Reiki at her local pharmacy. It seems an irony that alternative therapists advocate using their services alongside traditional medicine and in this case traditional medicine was advocating theirs. In spite of using painkillers, two weeks of agony, being house bound and totally incapacitated, prompted her to use the card. What happened next Vicky believes; was nothing short of a miracle.
A miracle is defined as the divine intervention making something wonderful happen that is beyond coincidence. Deb Wharfe, a local Reiki Master and owner of Threads of Life, in ten minutes released the back pain that had left Vicky bedridden for two weeks.
Says Vicky, “it was like a tap was turned on in my back and the pain just flowed out of it”.
Reiki is a Japanese technique that treats the body, emotions, mind and spirit. It is based on the idea that sickness can be cured by increasing the life force energy that flows through us. As well as promoting recovery from accidents, surgery and illness it encourages relaxation, feelings of peace, security and well being.

After three treatments Vicky’s back is healed. She no longer takes pain medication and has learnt Reiki herself to use on her own family. Now a firm believer in miracles Vicky is a testament to the power of Reiki healing.

“What the doctors said would take three months to heal, Reiki healed in three weeks. It was no accident that I picked up that card prior to my accident - It was a miracle” says Vicky.